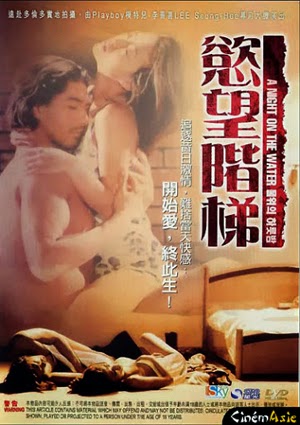 A Night On The Water (1998)
Movie: A Night on the Water
Revised Romanization: Mulwoui Harutbam
Director: Jung Soo Kang
Writer: Jung Soo Kang
Producer: Eun Soo Lee
Cinematographer: Ok-Hyun Shin
Release Date: May 30, 1998
Runtime : 118 min
Country: South Korea
Starring: Ji-Ha Yu, Sung Hi Lee, Jeff Andersen
Sinopsis :
After college, Sung-Ha is a Canadian company investments and developing into a talented businessman. However, after one mistake, he gets fired the notification. In the ruins, he spends his days drinking and gambling. Then Sung-Ha falls in love with a woman named Phoebe, whom he met by chance in the subway, and who reminds him of his mother’s abuse. Phoebe street walker with incurable pain that was sexually abused by her stepfather. For her, tequila, sex and drugs are the only means to end her pain and to feed themselves. She meets a warm-hearted, ever loving man who gives her the courage to live. These two men are trying to ease their pain, the happy couple… However, Phoebe is not free from the memories of her past and is afraid that her happiness could not last…
A Night On The Water (1998) Full Movie