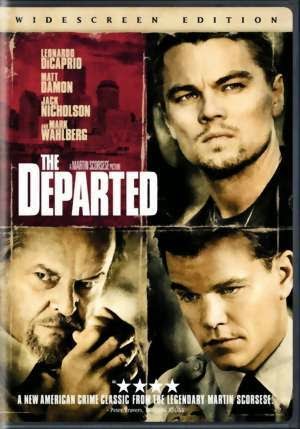 The Departed (2006)
Stars :
Leonardo DiCaprio, Matt Damon, Jack Nicholson
Sinopsis :
An undercover state cop who has infiltrated an Irish gang and a mole in the police force working for the same mob race to track down and identify each other before being exposed to the enemy, after both sides realize their outfit has a rat.